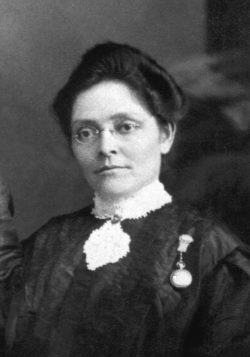 Although a lot has been written about our town’s namesake, it has mostly been about her time in our town and how we got her name. But, there was a lot more to Sedona Schnebly – her character, her inner strength, her intellect, her integrity, her resilience, and her contributions to our community.

Suffering not only the death of her young daughter Pearl when they first came to Arizona Territory, Sedona also weathered the passing of her grown daughter Genevieve from cancer, their failed business venture in Gorin, MO, and the loss of their cattle herd in Colorado, which caused them to move back to Sedona.

The strength of her character helped her overcome her losses and adapt to her families’ ever changing circumstances. A woman with strong convictions, she never lost her faith. 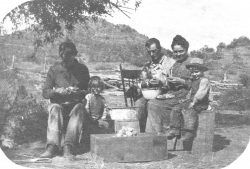 An unassuming and hard worker, she babysat local children, cooked for others and did the laundry for the Civilian Conservation Corp boys when they were camped here in the 1930s. Finding no church had been established upon her return to Sedona, she initiated a branch of the American Union Sunday School and acted as its Secretary-Treasurer. She invested their money in bonds that helped build the Wayside Chapel, where she regularly played the piano and was a Sunday school teacher. 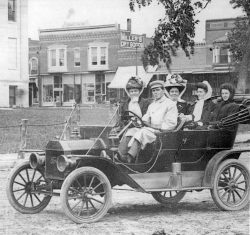 Did you know Sedona was an ardent member of the Women’s Christian Temperance Union? She attended meetings and conventions and fought the good fight against the evils of alcohol that led to Prohibition in the early 20th century. It was because of this commitment that she, at first, shunned Oma Bird who owned the Oak Creek Tavern in Uptown Sedona. Coming to the realization that she had misjudged Oma based only on the fact she was a bar owner, Sedona went to the bar one day and told Oma “I owe you an apology. When you moved to town and opened the bar, I didn’t think highly of you. But I have seen what a good person you are and how much you do for the community, and I was wrong. I just wanted you to know that I have not been treating you as a Christian should”.

Sedona was a person of integrity, willing to own up to her mistakes, and a good practitioner of her faith.

Sedona Schnebly may be a local celebrity today, but she never sought attention for herself. In 1950, when dying from cancer, Sedona asked that instead of flowers at her funeral, that donations be made to buy a bell for her beloved Wayside Chapel. The bell still hangs in their bell tower.