Meet the Sedona Chamber of Commerce team whose mission is to serve the community by making Sedona the best place to live, work, play, and visit. Each team member plays a unique role, let us introduce ourselves and tell you how we can help your business! 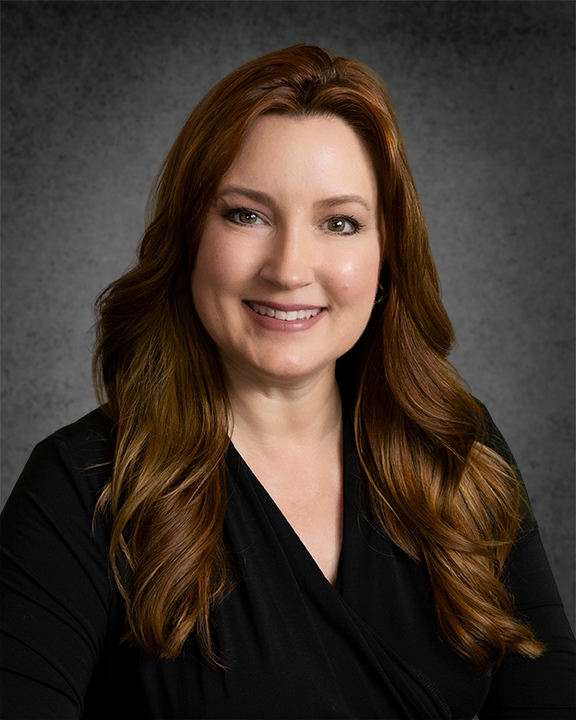 Michelle Conway has extensive management experience surrounding the disciplines of branding, advertising, direct marketing and public relations. Michelle began her career marketing clients and businesses within the Las Vegas hospitality industry. Michelle joined the Sedona Chamber of Commerce & Tourism Bureau in the role of Director of Marketing in 2009, with the additional honor of serving as Interim President/CEO from October 2020 through February 2021 during the organization’s transition of leadership, and again from March through May 2022 before stepping into the role of President/CEO on June 1, 2022.

Since she was appointed Interim President/CEO, Conway has overseen the expansion of the Sedona Trail Keepers program, which donated $102,000 for area trail maintenance and preservation in March. She has also directed implementation of the Chamber’s partnership with Leave No Trace, the leading national organization educating consumers on responsible outdoor recreation. In addition, she led the Chamber’s partnership with the City to brand, launch and promote the Sedona Shuttle Trailhead service, easing traffic congestion at popular hiking spots and communicating alternative trails to help disperse visitors.

Michelle has supplemented her Bachelor’s Degree in Marketing with professional advancement training from Desert Sands Chapter of Public Relations Society of America, Dale Carnegie, Toastmasters and the Advertising Agency Management Institute. She is a Verde Valley Leadership Class XIV graduate. She has served in multiple capacities with the Economic Development Council (EDC) of Northern Arizona Council of Governments (NACOG) and currently serves on their Tourism Committee. She also serves as a Board Member of both the Verde Valley Regional Economic Organization (VVREO) and the Arizona Lodging & Tourism Association (AzLTA).

An Arizona native, this is Michelle’s second time in Sedona, having spent years of her childhood as a Sedona resident. In her free time, you will now find Michelle tooling around Sedona’s many art galleries, attending the city’s various events, and savoring the delicious regional cuisine. 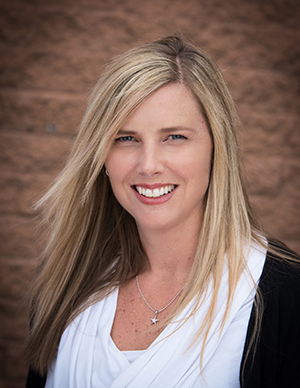 Erin Bruce was born in Houston, Texas. She graduated with a Bachelor’s Degree in Hotel and Restaurant Management from the University of Houston. She moved to Sedona in 1996 as a Food Service Director for the Sedona Oak Creek School District. She has worked in restaurants and with tour companies. She enjoyed getting to know our local families while working in the office at the Big Park Community School. Erin and her husband, Jason enjoy their two boys and two dogs. Erin loves Sedona as a community to live in, and to share with family and friends.
ebruce@sedonachamber.com 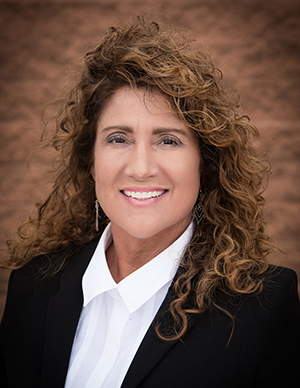 Donna joined the Chamber Team in 2009 as the Membership Coordinator at the Administrative Office and in 2011 became the Director of Member Development and in 2012 became the Director of Visitor Services for the Sedona Chamber Visitor Center. Donna has lived in Sedona since 1997 and was born and raised in Northwest Indiana. She enjoys spending time with her husband Greg and their two daughters, Rachel and Lauren and her grandchildren. She is a graduate of Verde Valley Leadership, Class VII and was a member of the Cottonwood and Sedona Toastmasters Club. She is passionate about the Sedona Chamber of Commerce & Tourism Bureau and the importance of educating our visitors while they are visiting Sedona.
dretegan@sedonachamber.com 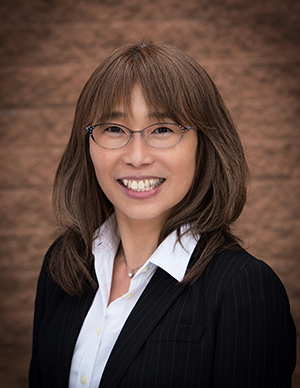 Sachi was born in Mishima, Shizuoka, Japan. She started at the Chamber of Commerce in 2002 as an intern from Northern Arizona University and has been in the destination marketing industry since then. Her main responsibilities are in international and domestic travel trade industry sales. She possesses a Bachelor of Arts Degree in English Literature and a Bachelor of Science Degree in Parks and Recreation Management. Her professional experience in Tokyo, Japan included the roles of Membership Services Manager for ALE (Actual Living English) Membership with International Resources, Inc., Student Advisor with Berlitz Japan, and administrative positions within the tourism and hospitality industries.
sado@sedonachamber.com

Gary Stewart joined the Chamber team in 2019 as the Director of Finance. After college Gary started out in public accounting as a financial statement auditor and then worked as the CFO for a Chicagoland community bank for twenty-six years. Visits to Sedona began in 2003 and Gary and Mary Jane made the move to Sedona from Illinois in 2018. Gary enjoys hiking, golfing, listening to music and working around the house and in the yard. Gary and Mary Jane look forward to exploring their new home state.
finance@sedonachamber.com 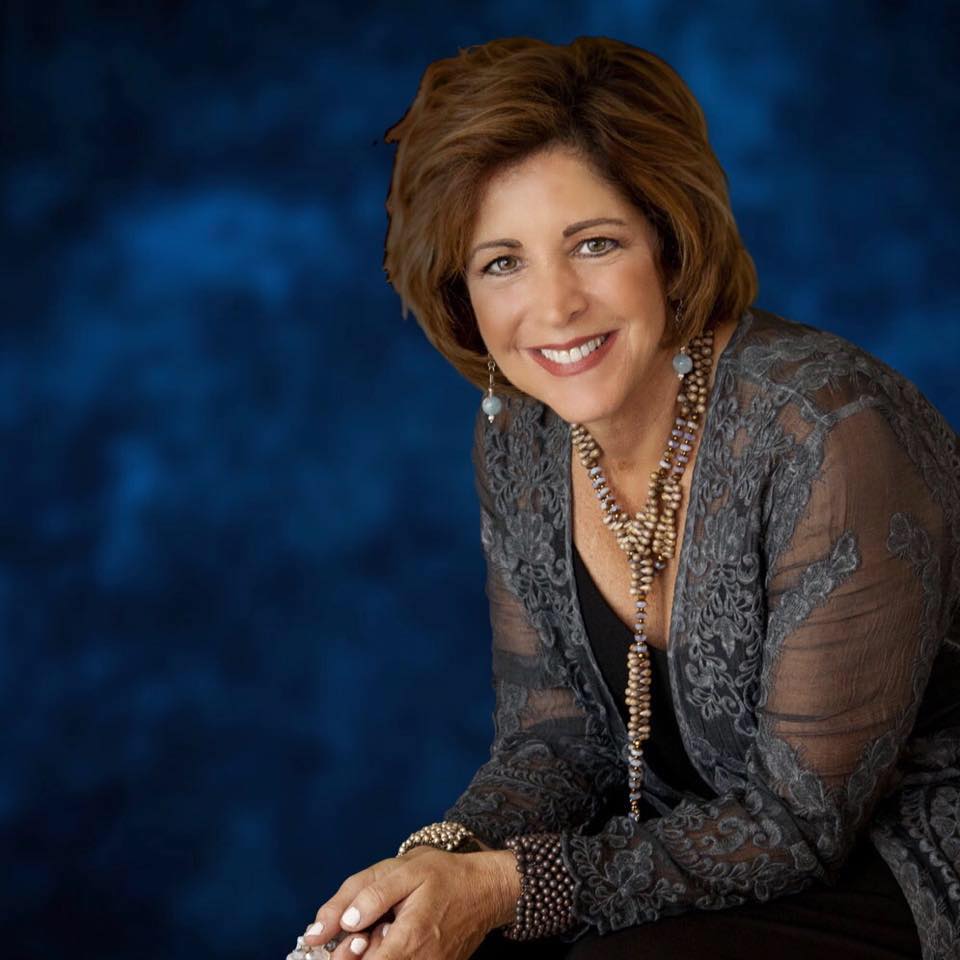 Carol Kahn has an extensive media career in television, radio, print and digital. She began working as a writer in the news department at WJLA-TV in Washington D.C. when she was a junior at the University of Maryland. Upon graduation, she moved to Greensboro, NC and became a producer for a nationally syndicated program producing local human-interest stories which received several national awards. She went on to become an Executive Producer of a local news-talk program where she produced documentaries and did interviews with author, poet and civil rights activist Maya Angelou and 1986 Nobel Peace Prize winner, Nobel laureate and Holocaust survivor, Elie Wiesel.

Later she switched to radio sales and management and eventually became Director of Sales of 28 radio stations in North Carolina and Georgia. She trained sales staffs in developing non-traditional business and brand marketing which was her forte. She was awarded Corporate Sales Manager of the Year in 1996.

In 2005, Carol was recruited to work for a radio group she had worked for previously relocating to Las Vegas, NV where she was a national and local sales manager. While in Las Vegas, she created her own radio show for a local news-talk station, was a freelance travel writer, a national sales manager in digital sales and marketing for a prominent news organization and initiated a brand-marketing advertising agency assisting major casino and resort properties in developing brand marketing programs and cross-promotional opportunities for clients.

Upon moving to Sedona in 2015, a place that she has visited consistently from 2009, Carol immersed herself into the community. She worked in sales for Red Rock TV, produced an Art & Soul artist series, and eventually started her own marketing, PR and social media business for clients in hospitality, nonprofit, architecture, manufacturing and art-related businesses.

She is a host for the Sedona International Film Festival interviewing filmmakers and celebrity guests, served on the Board of Directors for the Fine Arts Museum of Sedona, Sedona Photography Symposium and Sedona Camera Club.

Most recently she was a Reporter/Copy Editor for Larson Newspapers writing feature and general news stories.
ckahn@sedonachamber.com Victoria grew up in Michigan and moved to Arizona in 1990. She worked at Arizona State University while earning two degrees, a Bachelor of Interdisciplinary Studies and a Bachelor of Fine Arts - Sculpture. She has held administrative positions for Arizona State University and Scottsdale Public Art. She loves parks and recreation and worked as a park ranger at Red Rock State Park. She has lived in Sedona for over eight years and enjoys hiking, biking and yoga. She is passionate about placemaking and creating a strong sense of community. She hopes to create and promote cultural, educational and recreational activities for the community.
vlatunski@sedonachamber.com 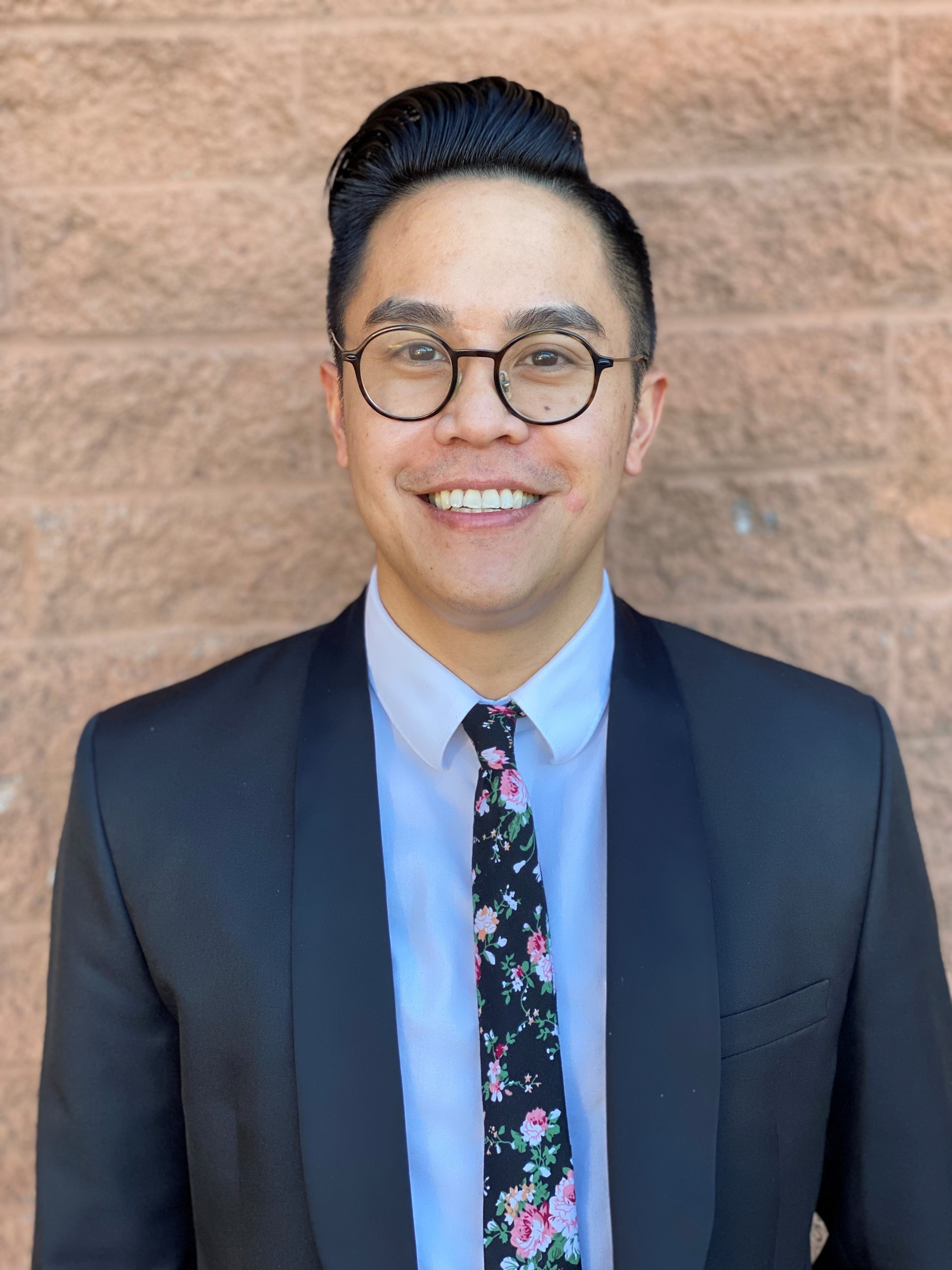 Eric Nguyen was born and raised in the Bay Area, California. He moved to Sedona, Arizona in 2014 to continue his education at Northern Arizona University where he graduated with a Bachelor’s Degree in Business Marketing. With over 13 years of experience in traditional/digital/social media marketing, sales and management, Eric is excited to use his expertise to build brand awareness, community engagement and generate new leads. Eric and his wife, Jaliza are true foodies and enjoy being spontaneous on the weekends while traveling around Arizona and sightseeing.
enguyen@sedonachamber.com 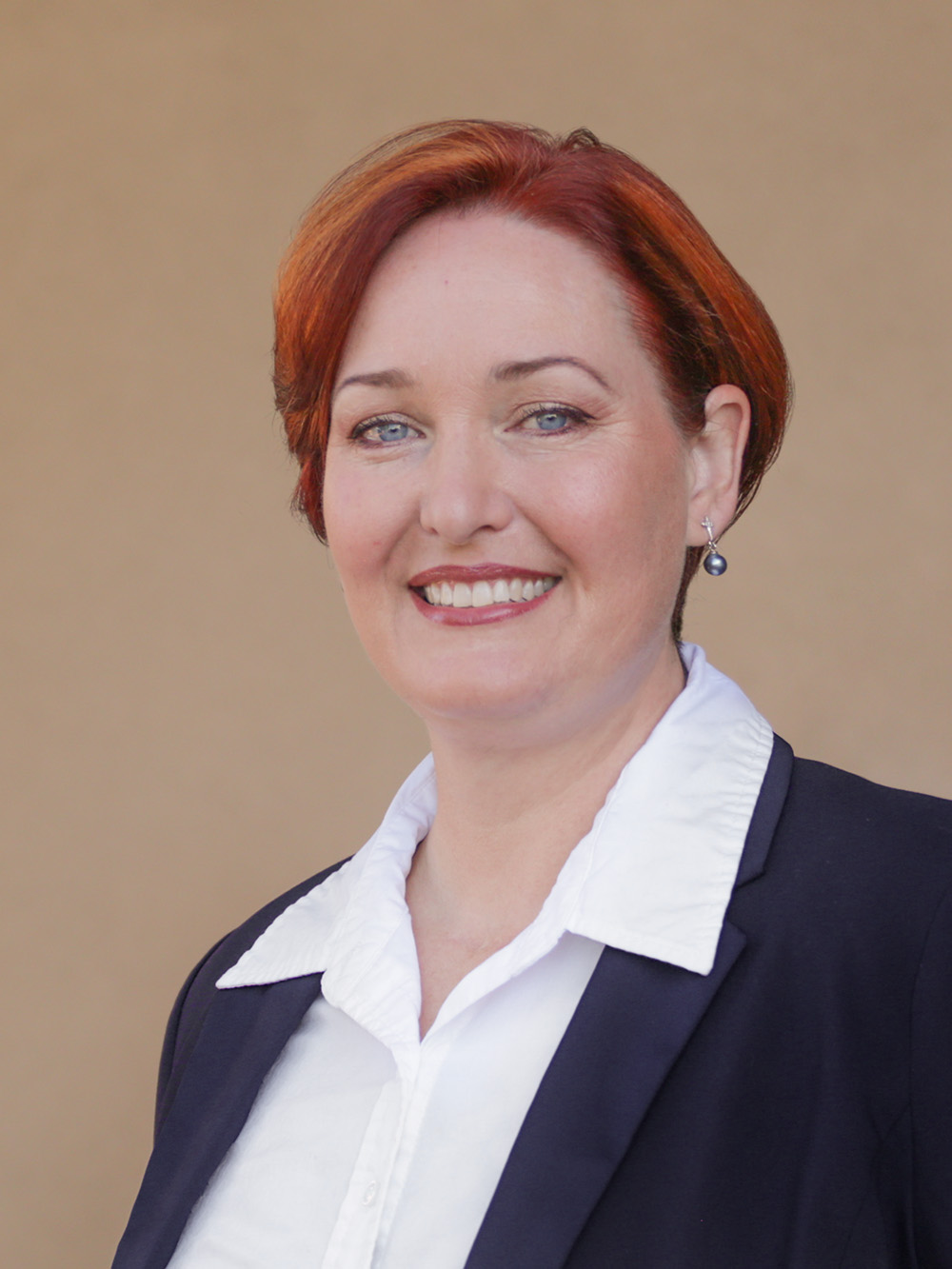 Maralea first came to the area with the Hertz Corporation in 2014 as a Branch Manager taking over offices in Flagstaff, Sedona, Cottonwood, and Prescott before being transferred to the Phoenix area. It was here that Maralea discovered an enjoyment of analyzing data and working to create better systems and processes to realize specific goals. With the threat of being transferred again, she made a change and has spent the last several years in real estate in both Colorado and Arizona. In the Spring of 2019, Maralea made her way to Sedona by way of Denver, Colorado. She is excited to be a part of something bigger and meaningful in The Most Beautiful Place in the World.
MNorden@sedonachamber.com 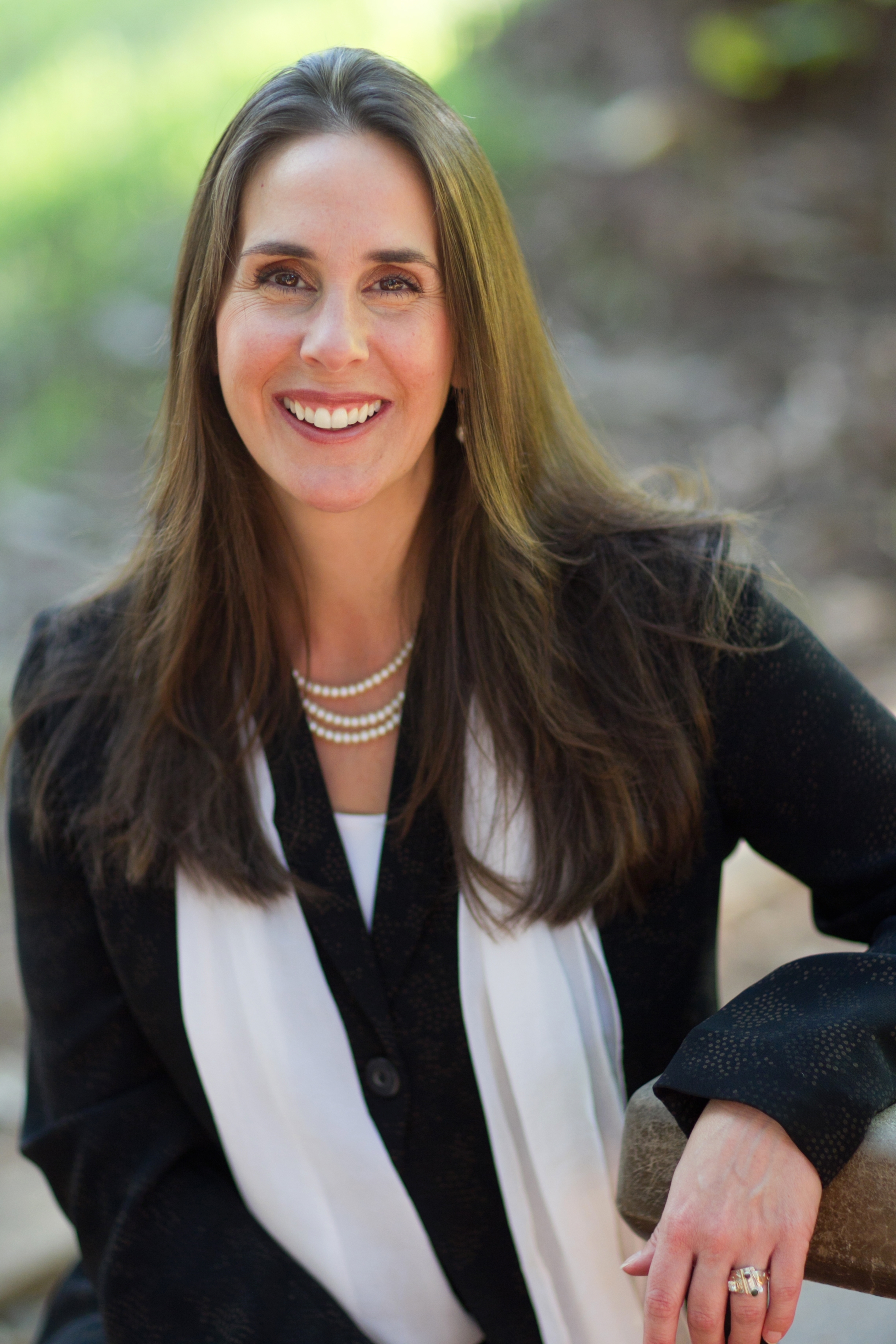 Shanandoah Sterling was born in St. Thomas Virgin Islands, US, and grew up in New Hampshire. Her love for travel and culture stems from the beautiful New England states and branched internationally. In 2003, Shanandoah relocated to Sedona with her husband from Lake Tahoe. She received a Travel and Tourism certification in 1989 and has a Bachelor of Arts in English, Emphasis on Creative Writing, from Northern Arizona University. She has owned two small businesses and understands the dedication it takes to keep a business running. Her background in travel and tourism, extensive customer service, and love of writing drives her daily passion for life. When she’s not working, you’ll find her in nature with her husband and dog, hiking, camping, kayaking, or quietly taking in a sunset.
ssterling@sedonachamber.com 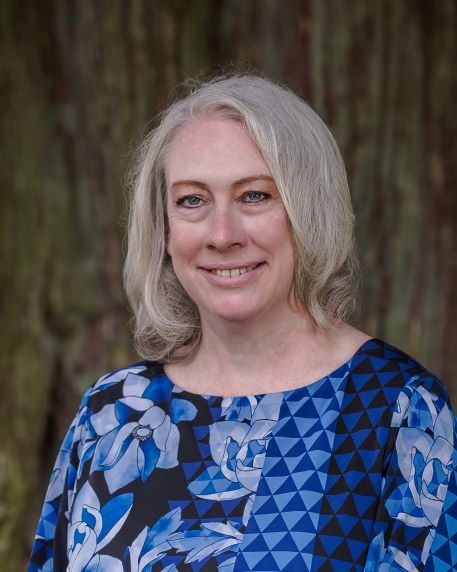 Darla joined the Chamber in September 2022 as the Office Administrator. She is in the process of completing a degree in psychology. She previously worked in a visitor center and chamber of commerce in Los Alamos, New Mexico. Darla was born in Alexandria, Virginia and moved to the Verde Valley in May 2022. The beauty of the red rocks and endless hiking trails in Sedona drew her to this area. In her free time, she enjoys hiking, dancing and singing as well as spending time with her dog.
DRidilla@sedonachamber.com 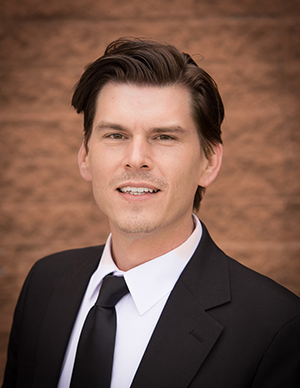 James Mogensen moved to the Verde Valley in 2015. Originally from Wisconsin, James most recently lived in Charleston, South Carolina where he received his degree in Commercial Art – Graphic Design from Trident College. James has also studied at the Milwaukee Institute of Art & Design with emphasis on drawing and painting. Possessing a strong background in luxury hospitality and advertising account management, James’ customer service skills are highly attuned. Leisurely hiking, taking photographs, drawing, painting, sculpting and reading are a few free-time activities James enjoys the most.
jmogensen@sedonachamber.com