The Sedona Heritage Museum presents poet and author Michael Peach in a special and spooky performance of “Haunted History” on Halloween, Sunday October 31 at 3:00 p.m. in the historic Fruit Packing Shed. 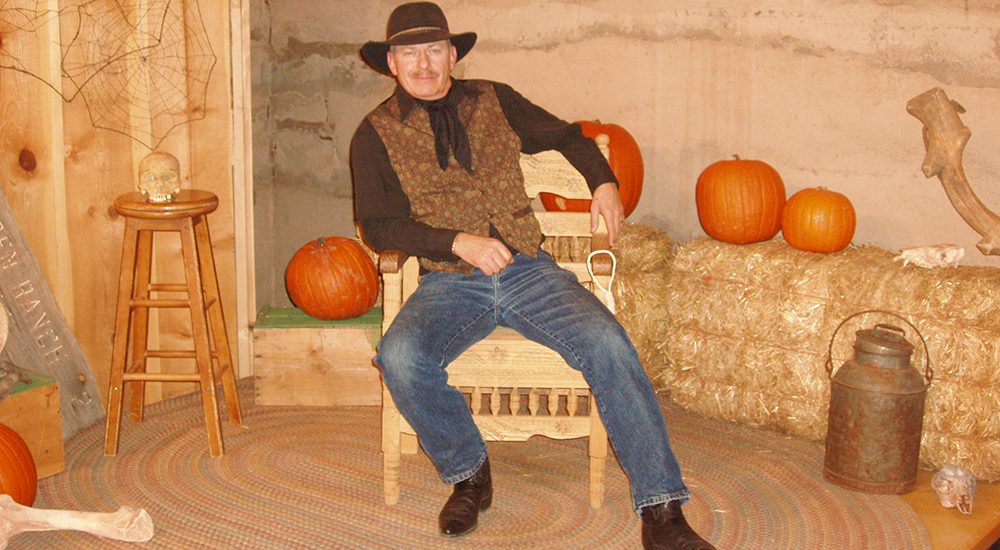 Come spend an autumn afternoon at the Museum and hear ghostly tales – some of which have their origins right in our own back yard! Peach will share true stories about ghostly encounters and Halloween fun. The show will include an original piece called “Peoria’s Runaway Pumpkin”, based on Peoria, Arizona’s Halloween surprise of a 25-foot-tall, 300 pound pumpkin gone rogue. Also on the play bill are four of Mike’s original poems: “Little Bill” about the unsolved alleged murder of Bill Fredricks at the Van Deren cabin; “The Hauntings of the Red Ghost”, a true story about a 19th Century Arizona monster; “The Cactus Killer”, a true story of murder and revenge in the Arizona desert; and “The Ghosts of Wilson Canyon” based on the death of bear hunter Richard Wilson in 1885. Plus, Mike always throws in a surprise or two and new works.

An award-winning actor, playwright and historian Michael Peach is especially good at bringing to life history and his subjects. But, he isn’t afraid to also spin some tall tales, too. Informative and entertaining, Mike’s shows have long been a favorite of university, state and national parks, and historically-oriented audiences.

The show is about an hour long. Tickets are $6, with children under 12 free. Museum admission is separate.