An Arizona Department of Transportation and city of Sedona project begins this week that will modernize the intersection at State Routes 89A and 179 in Sedona – known as the “Y Roundabout” — with pavement rehabilitation, signage, striping and other improvements.

Concrete removal and replacement on ADA ramps began Wednesday, Sept. 15. Paving is not scheduled to begin until early October, and much of that work will be done at night over a two-week period to minimize disruptions to adjacent businesses and the traveling public. The project is expected to be completed in November.

After a detailed analysis of testing data in summer 2020, ADOT and the city of Sedona did not see enough of a benefit to continue moving forward with the project as initially scoped.

Thus, the proposal to add a slip lane at the intersection will not be pursued. As a result, no lanes will be added or changed, and there will be no encroachment on private property.

Schedules are subject to change based on weather and other unforeseen factors. For more information, please call the ADOT Bilingual Project Information Line at 855.712.8530 or go to azdot.gov/contact and select Projects from the drop-down menu. For real-time highway conditions statewide, visit ADOT’s Traveler Information Site at www.az511.gov, Need to know where a milepost is? Click on the “Mile Markers” icon on the map at www.az511,com. Follow ADOT on Twitter (@ArizonaDOT) or call 511, except while driving. 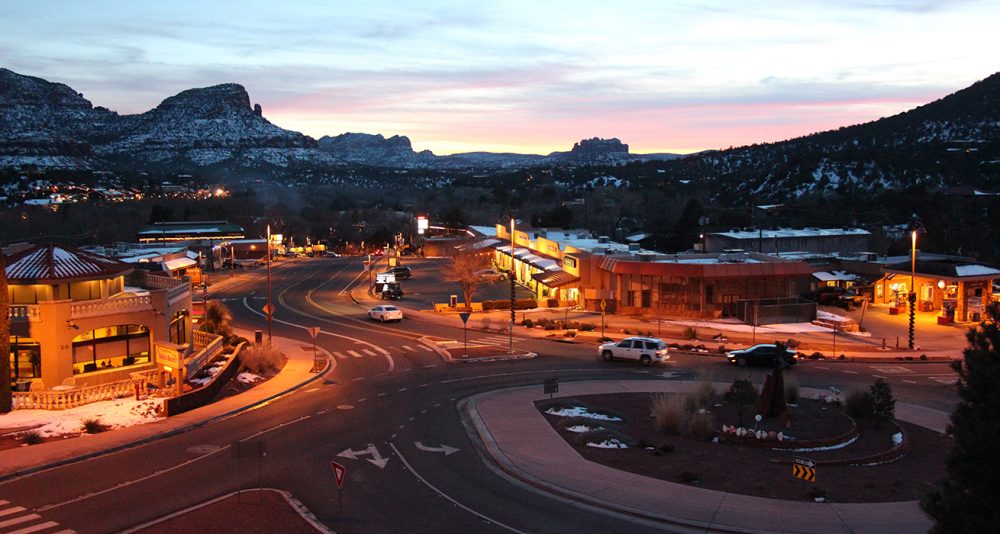