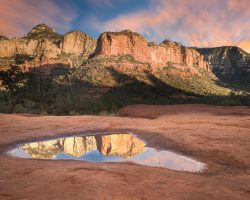 There are a lot of rain barrel models available on the internet and also local shops. Some are quite pretty and resemble terracotta urns. Look for a model with a brass (not plastic) spigot and a hose attachment out the bottom of the barrel so you can get the last bit of water out. If you have a downspout you can pipe the water directly into the barrel but if you have scuppers, there’s a wide area that the rainwater may hit. You can use roof tiles to direct more of the water. But don’t worry, a little bit of rain will quickly fill up a 65 gallon barrel. One inch of rain on one square foot of roof will yield about half a gallon.

The larger the barrel, the greater the force of the water so prices increase exponentially. It might be cheaper to get two 65 gallon models than one 150 gallon size and you won’t have to walk so far to carry rainwater. The so-called low-pressure sprinkler hoses don’t work so expect to build up your biceps by carrying a sprinkling can. If possible, put the barrel in the shade which cuts down on algae. Prevent mosquitoes from breeding by covering any large holes with screen. You can also use the Bt dunks.

Mosquitoes are more than just a nuisance; they can carry West Nile virus. Mosquitoes breed near or in still water, even as small as a bottle cap. So as monsoon season approaches, here are some tips: 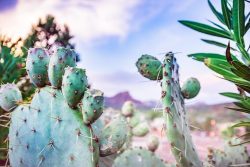 Don’t let water pool—Mosquitoes breed in still water. So empty pot trays and other places they can deposit eggs. Water in the early AM at ground level so you don’t leave damp leaves.

Keep water moving—Disturbing the surface of the water disrupts their cycle. So fountains that are recirculating water should be fine. But bird baths are a different issue. Replace the water daily. Or use a battery powered water wiggler which can also help you attract birds.

Treat the water—There are Bt dunks and granules you can get for bird baths at Ace. (Bt is Baccillis thuringiensis, a natural biological insecticide that is safe for birds, fish, pets, etc.) A drop of bleach will also kill mosquito larvae…not so sustainable but the best solution I’ve found for my underground rain tank because it also cuts down on algae and won’t clog irrigation lines. 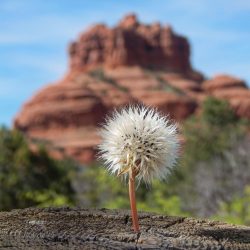 Spray cedar, peppermint or citronella to keep them away—I’ve found the natural sprays don’t last long but they do help while you sit on your patio. Wondercide and other cedar products smell nice but at least one person said it gives her headaches. This product uses peppermint and rosemary oil.