The first seed of Indigenous Peoples’ Day was planted at a U.N. international conference on discrimination in 1977. The first state to recognize the day was South Dakota in 1989. Berkeley, California, and Santa Cruz followed suit.

Although the day was still considered Columbus Day up to 1937, many people began calling it Indigenous Peoples’ Day to celebrate the rich culture and the lives of the Native American people.

For the Native Americans, Columbus Day was always hurtful as it glorified the violent past constituting 500 years of colonial torture and oppression by European explorers like Columbus and those who settled in America. Indigenous Peoples’ Day draws attention to the pain, trauma, and broken promises that were erased by the celebration of Columbus Day. Before his arrival, the indigenous folk were successful self-sufficient communities that sustained life for thousands of years. 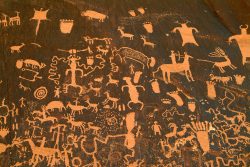 Year by year, the movement to change Columbus Day to Indigenous Peoples’ Day spreads to more and more states, towns, and cities across the United States of America.

Indigenous Peoples’ Day celebrates, recognizes, and honors the beautiful traditions and cultures of the Indigenous People, not just in America, but around the world. Their way of life and culture carries wisdom and valuable insights into how we can live life more sustainably. 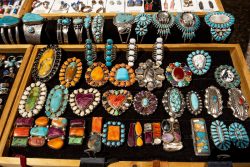 Or browse a museum like Verde Valley Archeology Center or Museum of Northern Arizona.

Here is a Native American Itinerary