Sedona Yoga Festival is a foundational event for the mindful community in Sedona. For over 10 years, SYF has brought together some of the best international minds alongside local leaders to provide the premiere transformational yoga event of the year. After a two-year hiatus, this conference/festival is returning June 2–5, offering a curated experience unlike any other. For the first time, the event will be held entirely outdoors at Posse Grounds Park, allowing not only for attendee safety, but also a sense of spaciousness for all guests.

“Posse Grounds Park is a favorite,” says Linda Goldenstein, Chief Curator at L’Auberge Sedona. “It’s an area that the people in this community have gathered for decades.” There’s a sense of local history among those red rocks, she says, “where families have watched generations of kids grow up.”

It’s just one way that SYF continues to be a pillar of the region. The open-to-the-public Conscious Expo will feature several small local businesses as well as national vendors. According to Deborah Williams, local teacher and longtime SYF work exchange Angel and attendee, the Conscious Expo is one thing that really sets SYF apart. “There’s a lot of local people, so you get a taste of the community,” she says. “It’s not just things that are transplanted here for the festival. You can really get a feel for what is rising from the land.”

SYF has long made a name for itself for its impressive roster of world-class international instructors, showcased alongside well-known local talent and teachers. As we return to in-person programming for the first time since 2019, SYF is bringing back some familiar faces and folks who have long-been on the festival circuit, but also adding fresh talent and new energy.

“We’ve diversified programming not just in terms of the presenter,” says Director of Programming Reggie Hubbard, “but we’re also giving presenters and practitioners an opportunity to not just come together and be consumers of a product, but co-creators.” Attendees will find chair yoga offerings as well as high-intensity vinyasa, heart-centered meditation as well as martial-arts infused workshops, and trans-affirming yoga for Pride Month as well as science-informed workshops on pranayama.

The SYF signature Yoga for PTSD Training has been completely reimagined for 2022, led by the co-founders of Retreat to Spirit. This trauma-informed training is a must for all yoga instructors and those who are interested in giving back to their community — and includes the integration of social and intergenerational trauma, as well as conversations around collective healing in regards to Covid.

“The terms “trauma” and “trauma-informed” are always going to be evolving,” says co-founder Pamela Stokes Eggleston, “because there’s always going to be trauma. It’s really about how we look at it, how we go through it. It’s how yoga teaches us to ride the waves.”

Another offering that makes SYF truly unique — and sets it apart from other yoga events across the country — is the inclusion of a kids’ yoga program, run by Ana Camacho Hansen, founder of Sedona Sol Joyful Kids Yoga. This donation-based program is a boon to attendees as it doubles as a kind of on-site babysitting service, making the festival more accessible to folks who may need childcare. 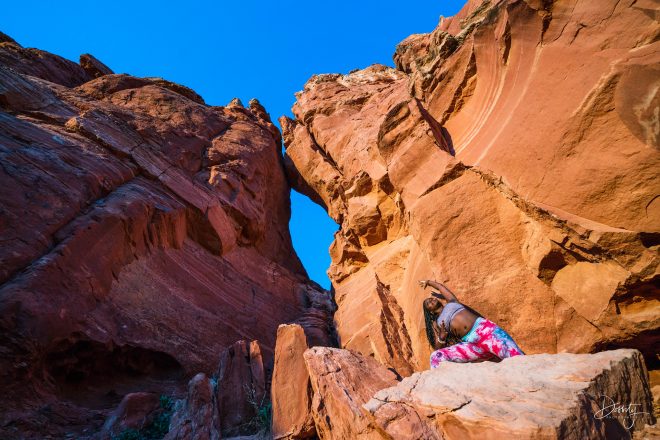 Not only is there a breadth of offerings at the event, but offerings for all practitioners, at any level. You don’t need to be an experienced yogi to enjoy SYF — but there will be plenty for you if you’re a seasoned teacher. Local discounts are available at select Sedona locations; stay tuned to SYF social channels for more information. Ticket giveaways will also be running on KPVV from April 15–May 15.