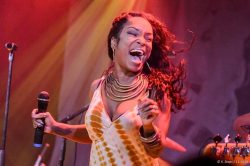 Kat Riggins has been vocally compared to Koko Taylor, Etta James and Tina Turner to name a few. While obviously influenced by those icons, Ms. Riggins has a voice and delivery all her own. Full of power, rasp and grit, she can belt out one of her contemporary blues originals one minute, then deliver a tender, sultry standard the next. She does this all while making each person in her audience feel as if she is speaking directly to them. Blues Revivals are interactive and personal no matter how large the crowd. This intimacy is what makes every Blues Revival a memorable experience…not only for the audience, but also for Kat.

Jimmy Carpenter, saxophonist, singer-songwriter, and arranger, is looking forward to a great year in 2021. Jimmy has toured internationally with Tinsley Ellis, Jimmy Thackery, Walter Wolfman Washington, Eric Lindell, and most recently, Mike Zito and the Wheel. But now, after nearly 40 years in the business, he has reinvented himself as the Soul Doctor: frontman, bandleader, singer, and sax player. Soul Doctor is the title track of his new album on Gulf Coast Records, which is getting worldwide airplay and truly stellar reviews. In 2021 he is nominated for a 6th Blues Music Award for Instrumentalist/horn. He is also Musical Director of The Big Blues Bender in Las Vegas. He is joined now by guitarist Chris Tofield, who has truly elevated the band’s live sound, just like he did on Soul Doctor. “He’s always been one of the premier sax players around, but Jimmy is also a stellar songwriter and singer. His voice is at its best on ‘Soul Doctor’, Jimmy’s best record to date.” Mike Zito “Jimmy Carpenter is truly one of the world’s great rock and roll, Blues, and soul saxophone players. Pure heart and soul mixed with amazing energy !!” Walter Trout, October 2019.

NAZBA is proud to feature local performing Blues artists that have successfully competed in the local International Blues Competition (IBC), hosted by NAZBA for the last 6 years. Winners of the band and solo/duo competition go on to compete in the Annual Memphis International Blues Challenge, hosted by the Blues Foundation in Memphis, TN, for the last 37 years. This premier event features the local winning bands and solo/duo acts from 125 Blues affiliates around the country and 20 foreign countries! It is an amazing competition and at least two of Northern Arizona’s acts have made it to the semi final rounds, which is truly an accomplishment! This year’s lineup features the following artists from Northern Arizona and a small sampling of their accomplishments.

The facility offers a beautiful amphitheater setting with great stage views from any area you select to see the show! Please bring your folding chairs, sunscreen, and blankets (when the sun goes down, so does the temperature!). Please leave your beer, wine, and spirits, pop-up canopies, umbrellas, coolers, and pets home. Come early and get your special site up front and personal! Tickets can be purchased at https://nazba.com/greater-prescott-valley-blues-festival-may-22-2021. Lineup and schedule are also available at this site. 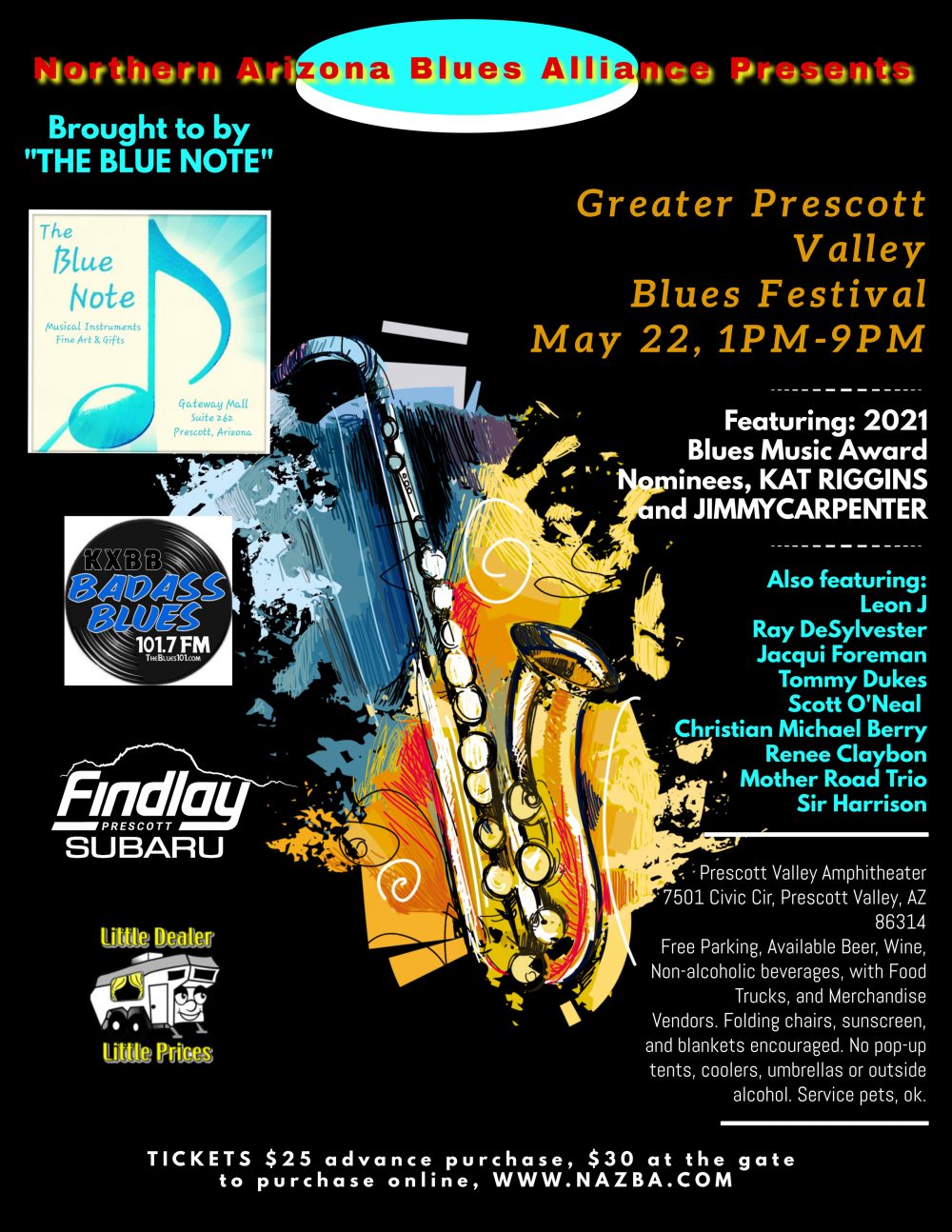